YAB Dato’ Hasni Mohammad, Chief Minister of Johor however says, this integrated initiative program is also conducted simultaneously in all 17 high-risk areas through an allocation from state government.

“Therefore, in conjunction with NADA Strategic Plan 2021 in greening 20 percent of 155 KBT, NADA focuses on 30 KBT which involve 14 NADA state offices and 27 NADA district offices. It includes 23 areas, two zones and five administration districts in organizing Integrated Initiative Program in Overcoming the Issue of Drug and Substance Abuse, as well as Social Diversion.

“Johor has 17 KBT and from that amount, the focus on greening involves two areas which are Mukim Plentong and Mersing,” he says during MTMD Negeri Johor Bilangan 2’s meeting in here, on Tuesday.

Previously, NADA’s General Director, Tuan Sutekno Ahmad Belon conducts an honour visit to Johor’s Chief Minister before attending the meeting which is organized through both face-to-face and virtual interactions.

At the same time, Hasni says, the purpose of MTMD’s meeting is to observe and ensure the coordination of policy, action plan, strategy and drug’s prevention programs by all related departments/agencies in states and districts.

According to him, all parties have discussed on issues related to drug abuse and solution to the mentioned issues, during the meeting.

“This meeting can also create a strong collaboration and increase the integrated involvement between all parties including Non-Governmental Organizations (NGOs) which are also considered as strategic partners of NADA in overcoming the issue of drug abuse.

“The importance is more felt in facing the challenge to makes Controlled Drugs 2025’s vision to come true and this issue relating to drug addiction must be handled seriously and with full integrity,” Hence, he adds, the effort in greening the areas are seen as very significant in order to ensure the conduction of this program will become more effective and is able to give out positive impacts towards targeted groups. 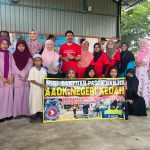 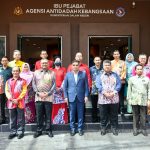 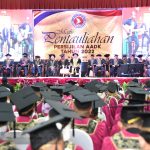 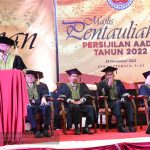 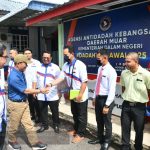