The Minister, Dato’ Seri Hamzah Zainudin says, Sahabat KDN functions as an agent to spread accurate and correct information regarding security, which indirectly acts as a booster to Kita Demi Negara campaign’s achievement.

“The ministry targets Sahabat KDN will be joined by at least 20,000 volunteers consisted of youth, non-governmental organization (NGO), students from public institution and school.

“They (Sahabat KDN) functions as an agent to spread accurate and correct information regarding security, which indirectly acts as a booster to Kita Demi Negara campaign’s achievement such as increasing the awareness and patriotism among the society,” he says.

He says so during the Launching Ceremony of ‘Kita Demi Negara’ Campaign in Kuala Lumpur Convention Centre, recently.

“Those who have registered will receive a membership passport and able to get involved in activities managed by all agencies under the minister (MOHA).

“For example, joining RELA’s group, shooting program with PDRM and NADA’s activities in order to reduce drug addiction’s cases and increasing client’s rehabilitation and others.

“Then, cop will be given to Sahabat KDN’s passport as a confirmation in joining the organized activity. Besides that, volunteers of Sahabat KDN who have achieved KPI (Key Performance Index) will receive rewards from the ministry,” he explains further.

Thus, he encourages Keluarga Malaysia to join MOHA by registering as the member of Sahabat KDN. 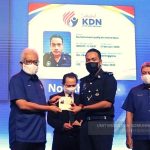 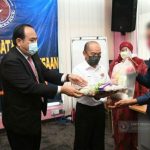 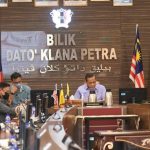 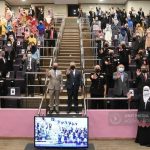 NADA refuses to compromise with staffs involved with bribery, aberrancy 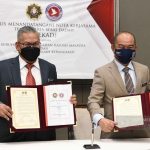 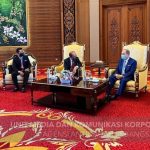